In this Norway travel blog, you will find free things to do in Stavanger & cheap accommodation in Stavanger, so be sure to put Stavanger on your bucket list!

10 free things to do in Stavanger

Is Stavanger worth visiting?

As part of my road trip in Norway, I visited the beautiful Stavanger, a charming and unique city.

The Stavanger area boasts many scenic attractions, including Lysefjord Beach, Sola, and the famous Preikestolen Cliff ("Pulpit Rock") which is 604 meters above sea level and is the most famous tourist attraction in Norway.

Stavanger is a university city and home to several institutions of higher learning and research.

This is reflected in the vibrant urbanity of the city and ultimately also in the diverse selection of shopping and food.

In 2008 Stavanger and Sandnes won the title of European Capital of Culture.

The Gladmat Food Festival which is usually held at the end of July is a very large happening that attracts about a quarter of a million visitors each year.

In 1969 Norway's first oil field was discovered at Ekofisk in the southern North Sea, making the Stavanger area a key player in the Norwegian economy.

Today Stavanger is the oil and energy capital of Europe and is the main source of livelihood for the locals. This industry attracts residents from different countries to the region making Stavanger a multicultural and multinational city.

The center of Stavanger is quite compact from which you can access a variety of attractions quite easily. The old Stavanger has a little less than 200 wooden houses and they are considered to be the best preserved in Europe.

If you have one day in Stavanger or you stay for a few days in the city, and you travel on a low budget in Norway - in this travel guide you will find the best free things to do in Stavanger.

How to get to the Stavanger?

Stavanger is the second largest international airport in Norway.

Flights to Sola Airport in Stavanger arrive from 60 locations in Norway and around the world.

Buses and shuttles leave from Stavanger Airport every 20 minutes.

The drive to Stavanger takes about half an hour.

The Norwegian railway network NSB has a regular train to Stavanger from Oslo via Kristiansand and the journey takes about eight hours.

There is a local train between Stavanger and Egersund at least once a day and from there, there is easy access to the Jæren area.

If you come by car it is advisable to take a ferry from Hirtshals in Denmark to Kristiansand and from there you have a 4-hour drive to Stavanger or Tananger about 20 minutes from Stavanger.

From the dock in Stavanger, there are small passenger boats to Ryfylke and the islands off Stavanger.

WHERE TO STAY IN STAVANGER?

Cheap accommodation in Stavanger Norway (under 100$)

Stavanger Bed & Breakfast - simple and cheap accommodation in a good location with a cozy living room and a balcony.

The beautiful Verven 2A - Beautiful apartment in a nice neighborhood just outside of the centrum.

Mosvangen Camping Stavanger - Camping site next to a lake and near town (about 20 minutes walking).

10 free Things to Do in Stavanger:

Gamle Stavanger is located on the western side of Vågen and has 173 18th-century wooden structures. Most of them are small, white cottages.

Stavanger has won several awards for its efforts to preserve the ancient part of the city and the place is considered to be the most preserved in Europe.

If you are lucky enough to get to the place in the snowy winter, you will enjoy views that seem to have come out of the fairy tales.

Today Old Stavanger is used as a popular residential area and has many galleries and boutique parking for handicrafts.

This part of the city houses the Canning Museum and the Maritime Museum.

This popular cliff is located 604 meters above Lisa Fjord and features a natural ramp 25 meters wide.

Visiting the place is considered a sensational experience and in 2011 Lonely Planet and travel magazine CNN GO called the place "the most spectacular sighting in the world".

Please note that at the beginning of the season the trail to the cliff may still be covered in ice and snow. Always check the weather conditions before walking.

If there is snow and ice, you should bring ice spikes and equipment for walking on ice.

Be sure to walk in daylight. Wear warm clothes and bring changeable clothes, packed meals, and drinks.

To get there by car: Drive to the Lauvvik ferry pier which is on Rv 13 and cross with the Oanes ferry.

Continue along with Rv 13 and follow the signs to Prixtolan. A very beautiful route.

3/ Visit the beautiful beaches near Stavanger

If you have sunny and clear weather, you could take advantage of the time in Stavanger after you have wandered around the city a bit, and visit one of the beaches that are near Stavanger - Solastranda beach.

It's hard to believe that you can find such a nice beach in Norway.

Perfect for water activities, even if the Norwegian weather might not be the best.

I would also recommend visiting Sola Beach hotel for a coffee or something small to eat.

Norway has so much to offer.

Amazing roads and great hikes and also beautiful beaches, although the water temperature is very cold (It's still Norway) but in summer you can definitely enjoy the beautiful beaches of Norway.

The recommended season for hiking in Mount Kjerag is June to September and it is recommended to hike the mountain with a guide.

The mountain rises to a height of 1000 meters above Lizard and is a true and amazing natural beauty of the fjord. From there you can hike to the top of Kjeragbolten to get an adrenaline rush.

At Mount Kjerag all the special features of the fjord are radically intensified.

Kjerag Plateau is an exposed area of ​​rock with sharp cliffs. The side of the mountain descending vertically to Liysefjord is an impressive sight from the deck of a ship.

In addition, climbing enthusiasts will enjoy climbing to the top of the mountain during the summer - from which you descend quite a few times using paragliders.

A spectacular drive, one of the most beautiful roads in Norway.

The road is blocked in winter because of the huge amounts of snow that make it impossible to drive on it.

The road is only open during the summer and usually, the road is open for driving between May 20 and November 1.

The road reaches a height of 900 meters.

From the parking point of Kjerag to the edge of the Lysefjord there are 7.5 kilometers containing 28 sharp turns of 180 degrees each, even one turn inside a tunnel.

A road that needs to be driven with great care.

The views along the way are especially stunning from the lookout point at the beginning of the descent.

This is a colorful street in the center of Stavanger and where all the buildings are painted in fresh and vibrant colors.

It's perhaps the most colorful street in all of Norway and is often referred to as Stavanger's Notting Hill.

The area experienced a renaissance in 2005 when narrator Tom Kjørsvik decided to do something unique about the houses along the street were painted in different shades, following a color scheme proposed by the artist Craig Flannagan.

As you wander along Øvre Holmegate you will find various boutique shops as well as charming cafés and pubs.

Tronåsen is an ancient and protected road that connects Moi and Flekkefjord.

The road ends at Bakke Bro, an old suspension bridge from 1844 on the Syrah River. The Tronåsen route is part of the route of the old western road in Norway and has 11 very sharp curves. The road was one of the most dangerous sections during the 1931 Monte Carlo Rally.

The road is steep and very narrow, only 2.5 - 3.5 meters wide. On the protected track there is a popular car race every five years.

The Tronåsen road is open to small private cars and during the summer the route becomes a one-way road from Tronvik to the boat.

Reinaknuten is a 10.0 kilometer lightly trafficked out and back trail located near Tau, Rogaland.

From Reinaknuten, on clear days, there is a magnificent view over large parts of Rogaland, from the outermost islets in the west to the highest mountain peaks in the innermost part of Ryfylke.

This must be one of the most beautiful views you can get in Rogaland.

A fantastic hike that is highly recommended!

9/ A visit to Sandnes

The town is located on the edge of the Gandsfjord, in an area where the sea and the land are spectacularly intertwined.

Sandnes is famously known as the "city of bicycles", thanks to a bicycle factory that existed in it for many years, and thanks to many bicycle paths that were paved in its area.

Bicycles can be borrowed at the tourist information center in the city, for deposit delivery only and go for a ride to the wonderful Sandved Park or to out-of-town trails.

With the bike you will get a lock and key, so you will have no problem leaving them somewhere and traveling.

Information on the entire Stavanger area can also be obtained from the Tourist Office.

The city is surrounded by uninhabited areas and many agricultural areas, where you can walk in nature, on foot or by bike, and on its western side, there are several beaches along the sea.

This site commemorates the last battle of the Kings for control of what is now Norway.

Harold Fair Hair won against the Vikings and became the first King of Norway.

One sword is his, the other two represent other Kings. It is an impressive site- 3 huge swords in the rocks.

Pretty area, with a beach and fairly easy to walk to.

Stavanger is a short distance from the mountains and fjords throughout the area.

Colorful culture and wonderful culinary experiences. Stavanger is perhaps known for its many natural attractions.

As well as being the oil capital of Norway, but it also has a lot more to offer.

Whether you are vacationing with children, friends, or alone, there are many fun things to do in Stavanger.

So, why not come to Stavanger to experience one of those attractions for yourself.

If you are visiting Stavanger as part of a long trip to Norway or for a few days in the city, I hope this Stavanger travel guide will help you plan your visit there in the best way!

Read My Other Europe Blogs:

How to plan the ultimate norway road trip

8 most scenic routes in norway

how to spend weekend in Amsterdam

how to spend 3 days in prague

Disclaimer: some links on my site are affiliate links. If you choose to purchase through these links, I may receive a small commission at no extra cost to you. By using these you are directly supporting Guy On The Road to remain an independent travel blog. Thank you! 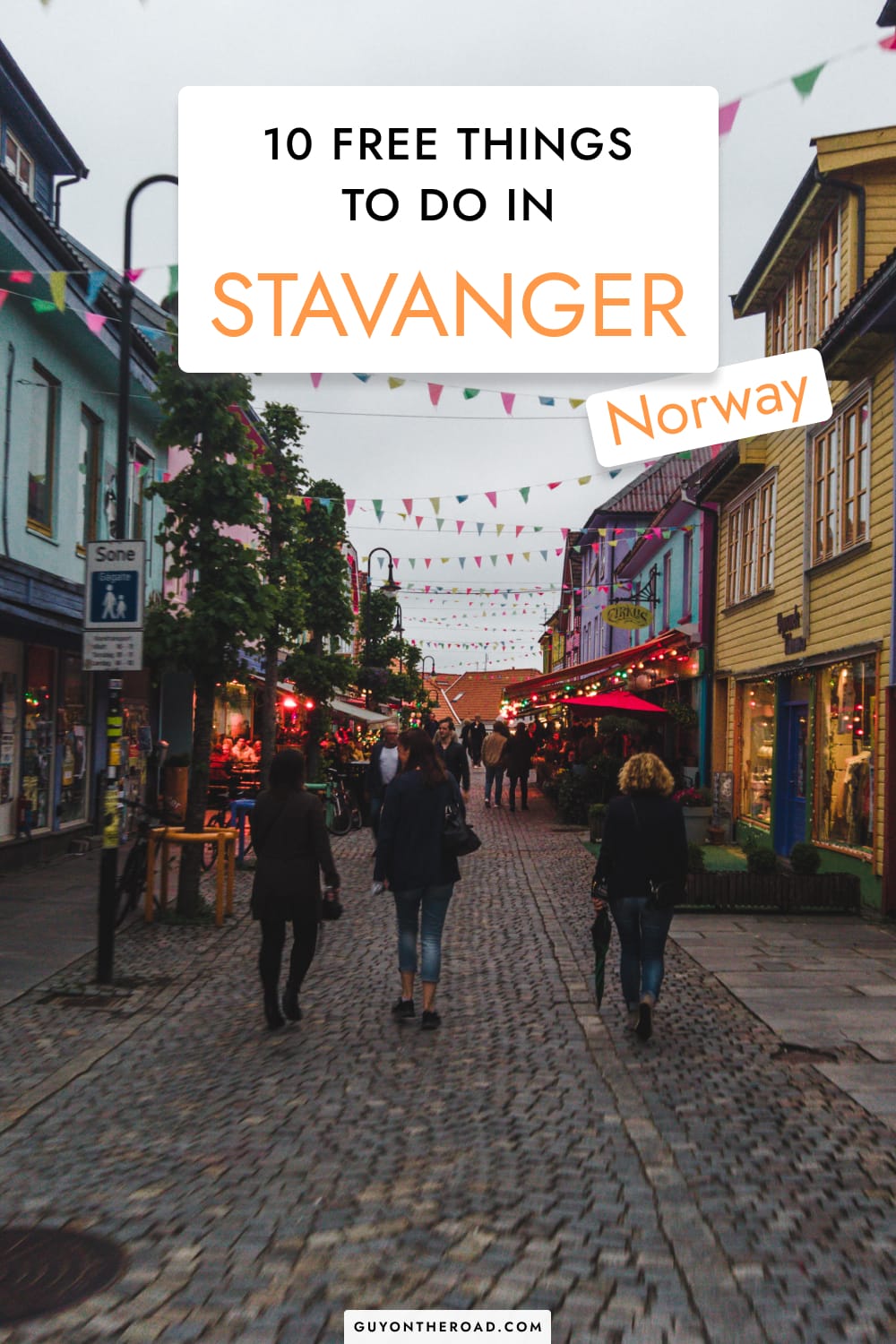 Disclaimer: some links on my site are affiliate links. If you choose to purchase through these links, I may receive a small commission at no extra cost to you. By using these you are directly supporting Guy On The Road to remain an independent travel blog. Thank you!
READ MORE 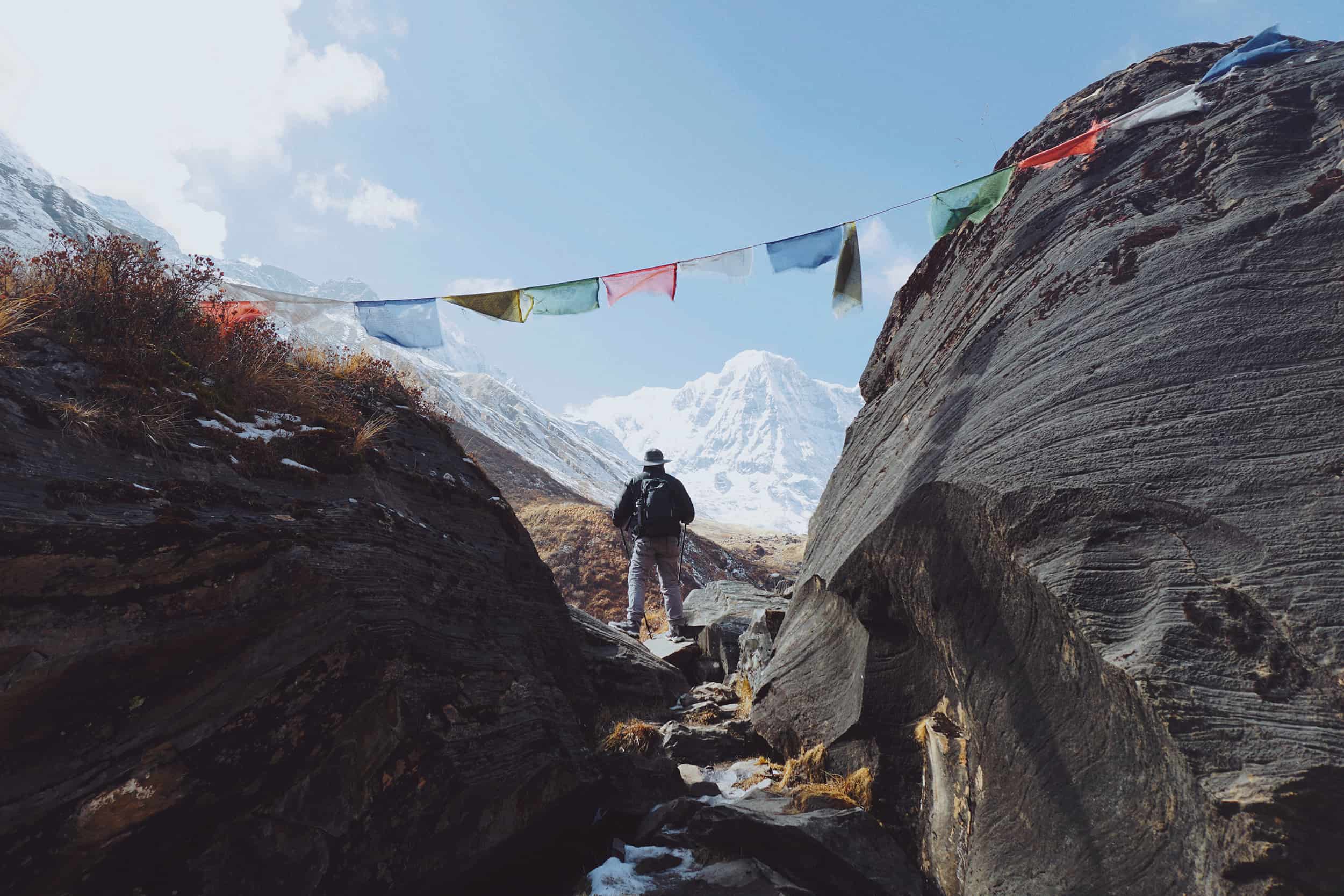 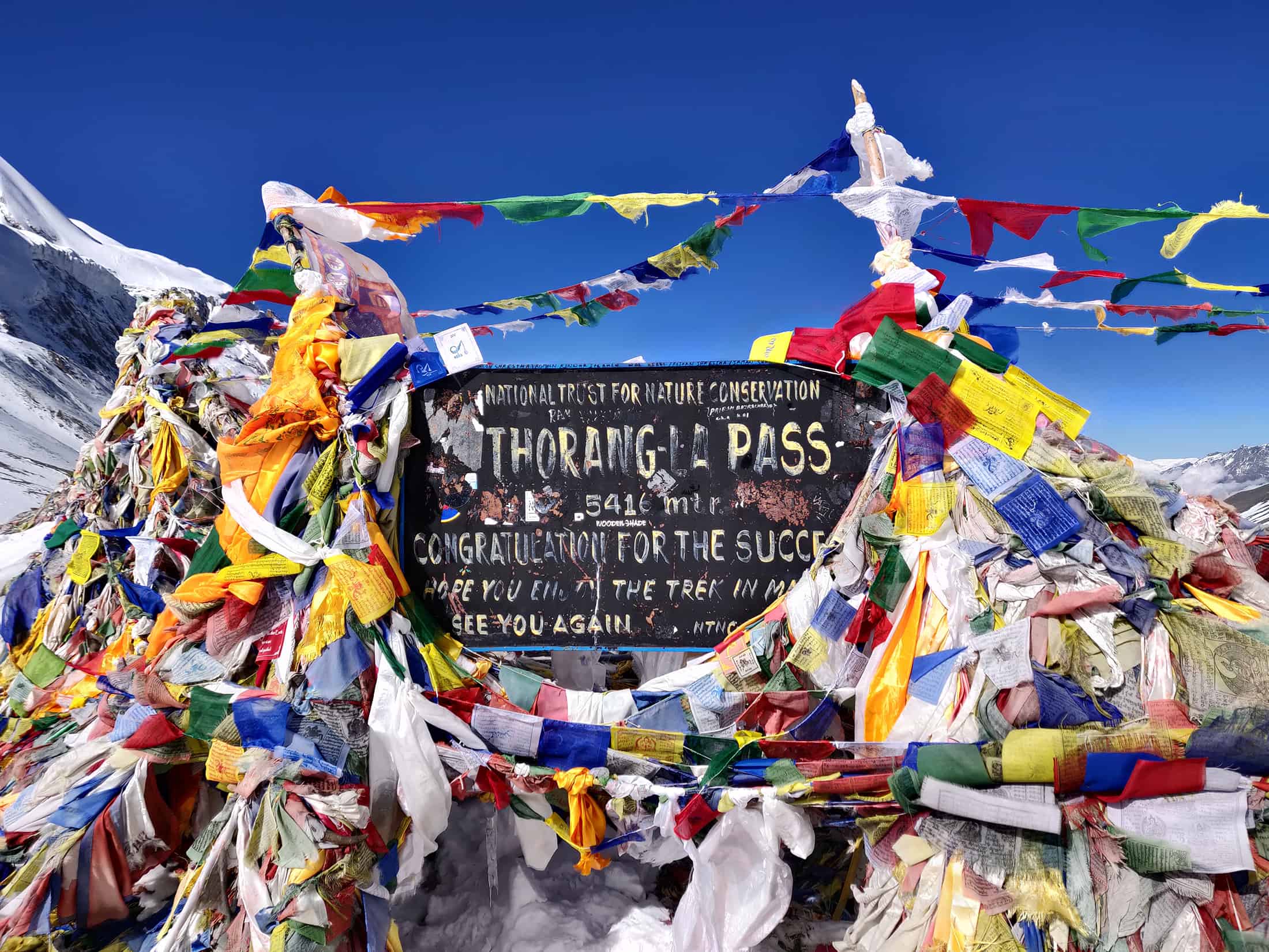 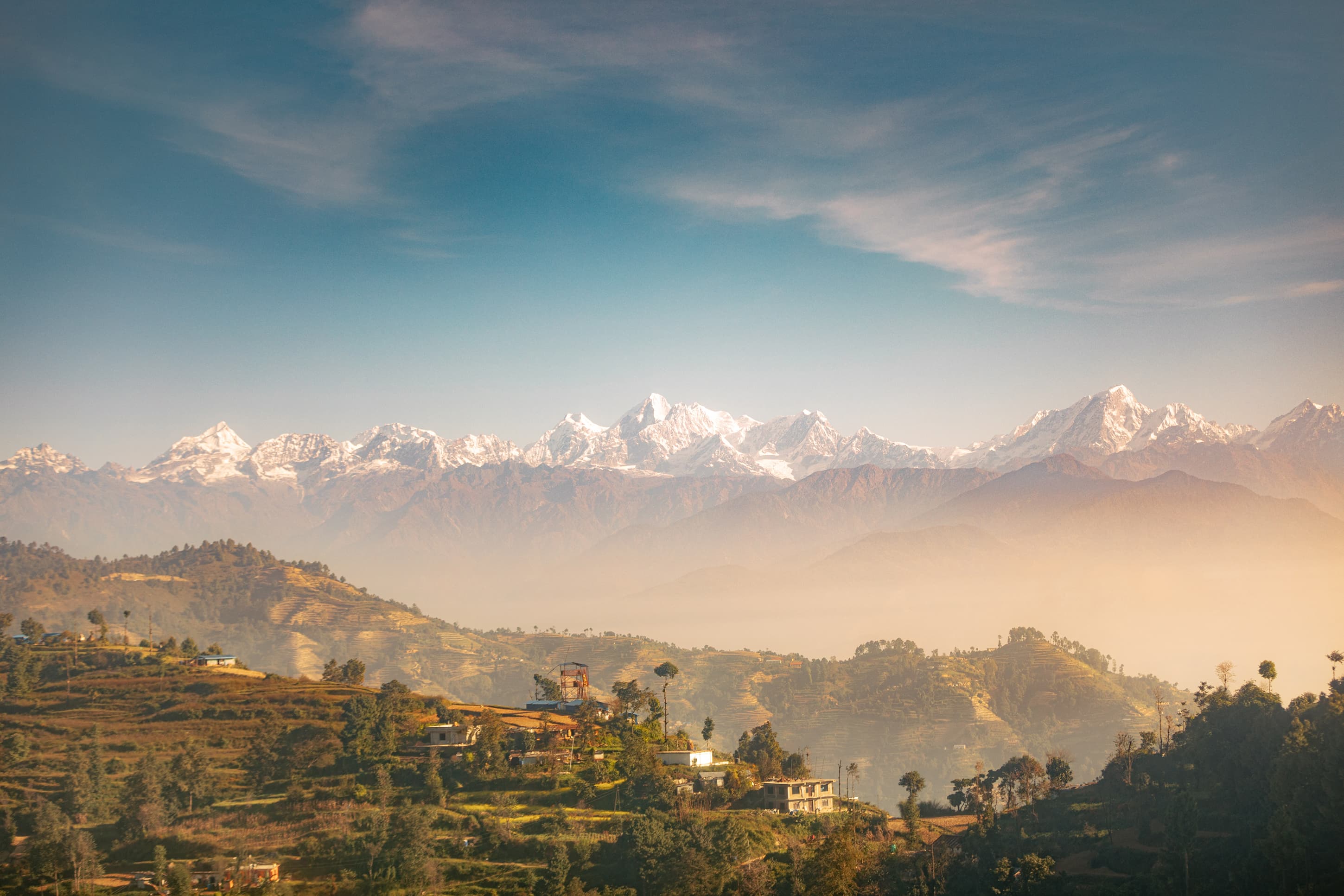 Nepal
|
Dec 14, 2022
The Complete Guide To Solo Travel In Nepal
Leave a Comment