guy on the road

“Some tourists think Amsterdam is a city of sin, but in truth, it is a city of freedom. And in freedom, most people find sin.”

The Netherlands is the smallest and most densely populated country in Europe.

It's located in Western Europe and borders Germany to the east and Belgium to the south. In the west and north of the country is the North Sea. About half of the Netherlands is below sea level, and many areas in it have been dried up to allow settlement.

There are many dams in it, which prevent flooding and the most famous Dutch story is the story of the boy from the city of Harlem who stuck his finger in the dam and prevented the flooding of the city.

It has many windmills, and four major rivers flow through it and flow into the North Sea.

From May to August is the best weather, although rain may also fall in July.

Between November and March, there is a real winter, including rains, snow, and unsympathetic winds. A

t the same time, cold but sunny days are also common in February-March, and if you have fallen on such weather, you are guaranteed a refreshing trip in a city almost empty of tourists.

Currency: The currency in Netherlands is the Euro. 1 USD is equivalent to about 0.84 EUR.

All power sockets in Netherlands provide a standard voltage of 230V with a standard frequency of 50Hz.

Safety: The Netherlands is very safe to travel to.
The free atmosphere in Amsterdam can cost tourists head-on, which is the main danger.

Please note - drugs are not allowed on the street, only in coffee shops.
Do not walk around with more than five grams of marijuana. 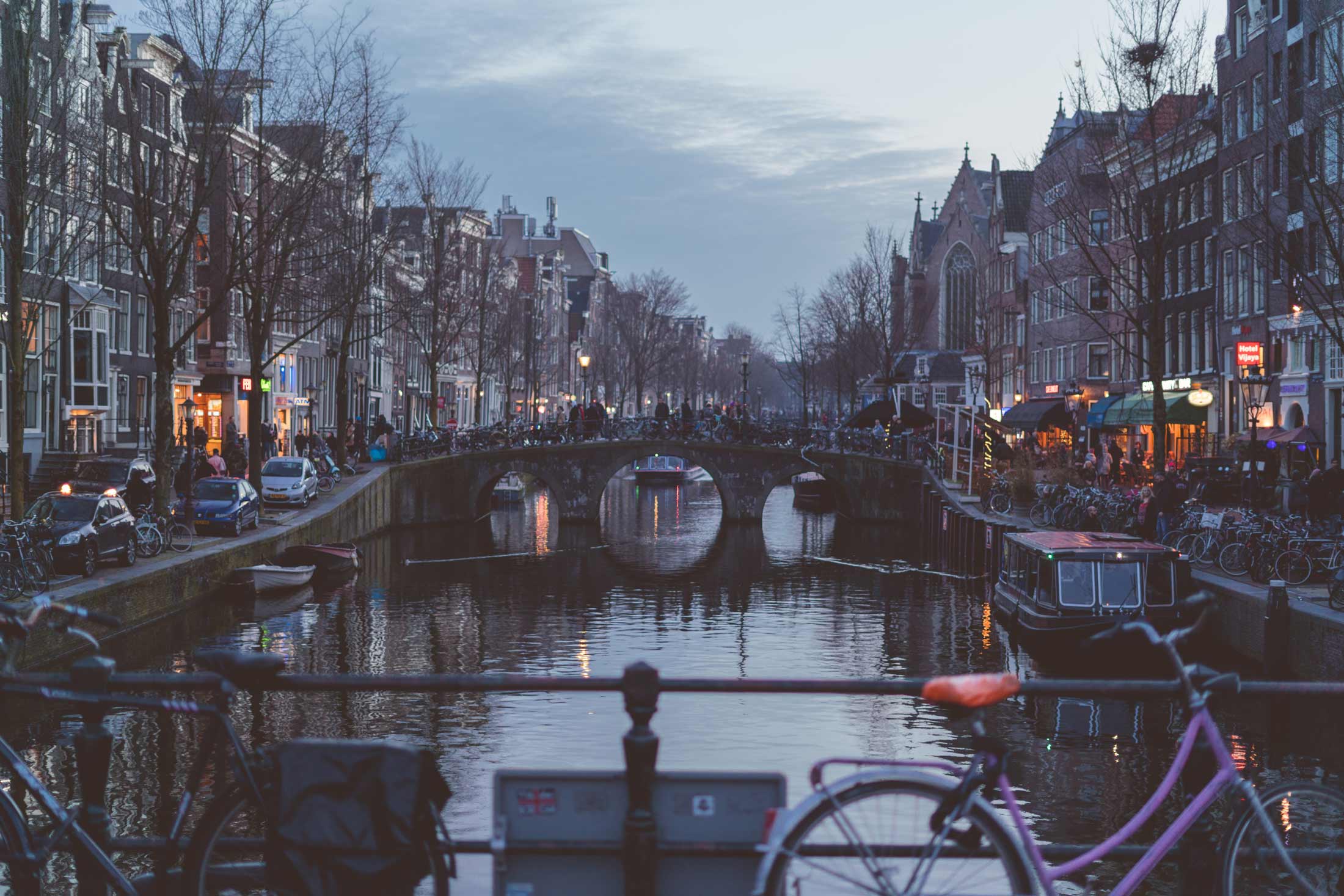 Netherlands
/
Apr 4, 2022
How To Spend Weekend In Amsterdam: Ultimate Guide